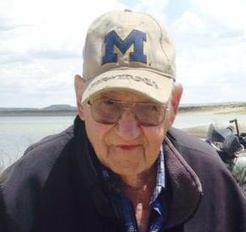 Jack Nathan Gunyan Sr., 89, of Rock Springs, passed away March 6, 2018, at his home surrounded by family. He was a lifelong resident of Rock Springs. Gunyan died following a lengthy illness.

He was born Dec. 29, 1928, in Rock Springs, the son of Ben Nathan Gunyan and Lillian Geneva Cashmere Gunyan.

He was employed by Mountain Fuel as a machinist for 38 years and retired in 1987.

Gunyan was a member of the Holy Spirit Catholic Community.