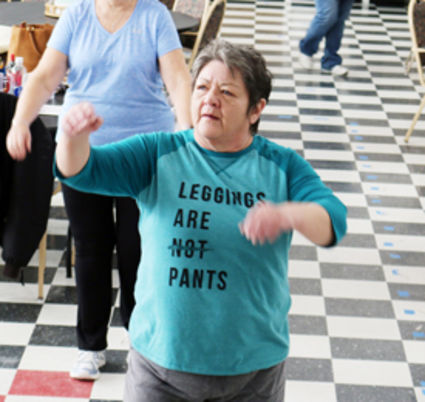 Clapping and laughter filled the air as seniors moved along to the music.

At first, a small group would faithfully show up each week, but now there can be anywhere from 15 to as many as 20 working out to music.

On Monday morning, one of the first songs played was the Village People's "YMCA" and the ladies in attendence were really moving to the beat.

They were swaying back and forth while mimicking the moves Zumba Gold instructor Jenny Barbuto was showing them. For those who had been to the class every we...