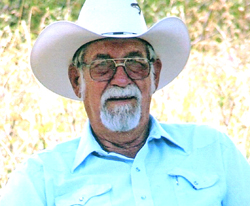 Jack Ryan, 83, of Eden passed Feb. 24, 2018, in Green River at his son's home surrounded by family. He was a resident of Eden and former resident of Green River. Ryan died following a lengthy illness,

He attended schools in Texas and graduated from San Angelo Central High School with the class of 1952. He also attended college for one year.

Ryan served in the United States Navy as a communication officer during the Korean War. He was honorably discharged in 1960.

He was a supervisor at Gene...