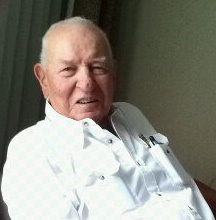 William Lytle, 84, passed away Feb. 4, 2018, at Sage View Care Center in Rock Springs. He was a lifelong resident of Wyoming.

He was born March 28, 1933, in Sinclair, he was born William Solheim and was later adopted at age five by Fred W. Lytle and Marie Thorsen.

Lytle attended schools in Casper and Riverton and received his GED after enlisting in the United States Army.

Lytle served in the United States Army for two years and later served in the Wyoming National Guard, OCS, where he earned the title Second Lieutenant.

He worked as a self-employed truck driver for more than 50 years. He was also the owner of BL Contractors and Chances R until he later retired in 2012.

He was preceded in death by his parents; one sister, Margaret Holder; two sons, David Lytle and Donald Lytle.

Following cremation a celebration of life will be conducted at a later date.