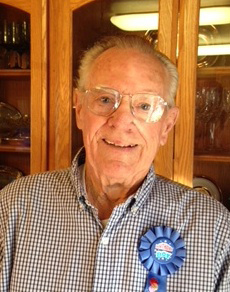 He was a long time resident of Perkins, Okla., and former resident of Cheyenne, Rock Springs and Grand Junction, Colo. Stinchcomb died following a lengthy illness.

He was born Nov. 12, 1933, in Aurora, Ill., the son of Harold Lee Stinchcomb and Mildred Caroline Graham Stinchcomb.

Stinchcomb married his first wife of 14 years, Ida May Bennett Sept. 9, 1953, in Grand Junction, Colo. They had three children and she preceded him in death May 12, 1967.  He married his second wife of 49 and a half years, Patricia Ann Zumbrennen, July 27, 1968, in Rock Springs. They had two children from their union.

He attended schools in Grand Junction, Colo., and was a 1951 graduate of the Grand Junction High School. He also attended Colorado Mesa University in Grand Junction, Colo., and Colorado A&M in Fort Collins, Colo., and received his bachelor of science degree in arts and sciences, with a minor in agriculture in 1955.  He later attended George Washington University in Washington, D.C., in 1959. He worked for the Bureau of Land Management until retiring in 1985. He consulted and worked for Tyrell Chevrolet, Fasset Nickel Ford and Halladay Motors in Cheyenne. He retired a second time in 1999 and took residence in Perkins, Okla., in 2006.

His interests included spending time with family and friends. He enjoyed hunting, fishing and tending to his roses and tomatoes.

The family of Harold Graham Stinchcomb resectfully requests donations be made in his memory to Karman Legacy Hospice, 915 South Main, Stillwater, OK 74074