Artifact of the Month: The once-fashionable nightcap 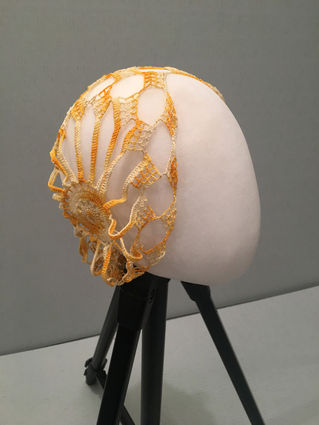 A nightcap on display at the Sweetwater County Historical Museum.

At first glance, it may look odd. What was its exact purpose? When would someone wear something like this? What is it exactly? This artifact is a nightcap, which was also referred to as a dust cap, boudoir cap, or bed cap.

Nightcaps date back to the 13th century. They were initially worn in cooler climates in Europe as a way to keep the head warm while sleeping. Both men and women wore nightcaps, with men's nightcaps often taking the shape of a triangle.

One of the most iconic depictions of a men's nightcap is the one worn by Ebenezer Scrooge in Charles Dickens' A Christmas Carol.