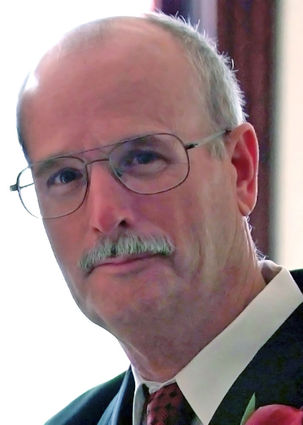 He attended schools in Idaho Falls, Idaho, and was a 1969 graduate of the Bonneville High School. Hyer also attended Idaho State University and earned a bachelor's degree in education.

Hyer worked as a maintenance worker for the Green River Recreation Center in Green River.

He was a fourth grade teacher in Blackfoot, Idaho, a deputy for the sheriff's office in Bingham County, Idaho, and was a patrol sergeant for the Green River Police Department and later retired in 2004. Hyer was also a ham radio operator for the Sweetwater County Amateur Radio Club.

Hyer enjoyed spending time with his family, camping, hunting, fishing, walking his dogs, and enjoyed being a Papa. He was also the first Wyoming DARE officer, and received a Medal of Valor in 1996.

He was preceded in death by his parents.

Following cremation a celebration of life will be conducted at 10 a.m. Friday, Sept. 29, at the Hilltop Baptist Church at 405 Faith Drive in Green River.

Friends may call at the church one hour prior to the funeral services.

The family respectfully requests that donations be made in his memory to the DARE Program, http://www.dare.org/donate/