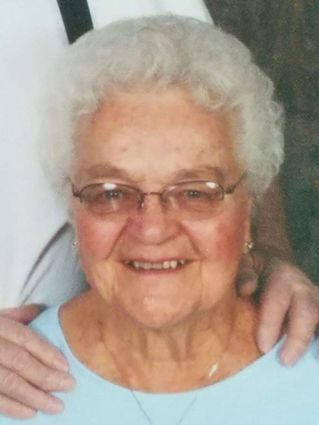 She was born Aug. 7, 1923, in Rock Springs and was the daughter of Joseph and Mary Golob Bogataj.

Majhanovich attended schools in Rock Springs and was a 1942 graduate of the Rock Springs High School. She also attended the Wyoming General School of Nursing and graduated in 1945 as a registered nurse.

Majhanovich was employed as a registered nurse at Memorial Hospital of Sweetwater County for 40 years and retired in 1985.

She was a past member of the United States Cadet Nurse Corp., member of Holy Spirit Catholic Community and the Croation Fraternal Union.

Her love's included spending time with her family, gambling and playing cards. She loved spending her summers in Pinedale at the "White Cabin" and later in Boulder at "The Ponds." She enjoyed many bus trips to Wendover, Nev., watching the Utah Jazz and the "Price is Right."

She was preceded in death by her parents, brother Joseph "Gogo" Bogataj, son-in-law Fred Morgando and grandson-in-law Dave Taucher.

A Mass of Christian burial will be celebrated at 11 a.m. Thursday at Saints Cyril and Methodius Catholic Church in Rock Springs. A vigil service with rosary was recited Wednesday at the church. Interment will be in the Rock Springs Municipal Cemetery. Friends may call at the church on Wednesday one hour prior to the rosary and on Thursday morning at the church until service time.

The family of Angela Mary Majhanovich respectfully suggests that donations in her memory be made to Holy Spirit Catholic School or Hospice of Sweetwater County.