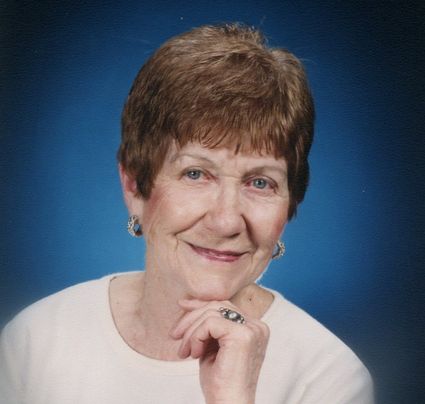 The eldest of three daughters, she was raised on a sheep ranch on the Hamsfork River near Kemmerer, with her sisters Florence and Dolores. After completing elementary and secondary schools in Opal, Diamondville, and Kemmerer, she attended the University of Wyoming, where she majored in home economics and met her future husband, Donald Wagner. They married in 1944 before he was called to overseas duty as an ensign in the U.S. Navy.

When World War II ended, the two settled in Kemmerer where they raised seven children and opened Don's Service and Supply, a business still operated by their children. Barbara was a hard-working and creative homemaker devoted to her children and family.

Barbara and Don divorced in 1969, after which she attended Utah State University where she majored in art education. She had always shown an interest and talent in art and had been producing paintings but had never formally studied art until her attendance at Utah State University. After receiving her degree, she began teaching art, first, in Byron, and later in the Rock Springs schools.  Changing directions, she opened a record store, Round Sounds. After six years of operation she closed the doors and became a lab technician with the Jim Bridger Power Plant, retiring eight years later. In her retirement, she cared for her ailing mother for many years.

She was an active member of Holy Spirit Catholic Community, spending time with her family, gardening and art.

She lived with her daughter Donna Nunez and her grandsons, Michael and Matthew Nunez, for many years. Donna cared for her in her later years until her death.

She was preceded in death by her parents; one brother, Matthew Paul Bertagnolli and one grandson, Shawn Wagner.

A Mass of Christian Burial was celebrated Tuesday. Interment took place Wednesday at the South Lincoln Cemetery in Kemmerer.

The family of Barbara Matilda Wagner respectfully suggests that donations in her memory be made to Holy Spirit Catholic Community or charity of your choice.