Baking for a cause

Woman discovers a passion for baking 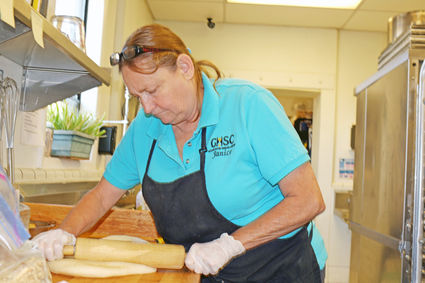 Janice Castillon rolls out dough for her famous cinnamon rolls. This is just one of several she makes in one day.

The aroma of cinnamon and fresh-baked bread overwhelm the senses.

Following the blissful smell, leads one to Janice Castillon who is busily working in a sort of secret area behind the Golden Hour Senior Center's main kitchen.

She proceeds to slice the rolled dough and place it on a tray.

She then takes the tray and puts it in the oven....