Another shot at football glory 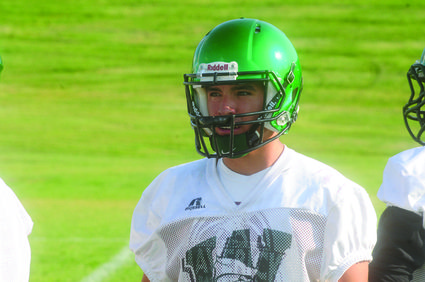 James Bunderman takes a moment to catch his breath during football practice Tuesday afternoon. Bunderman will play for the first time in a year after injury left him on the bench for his junior year.

For James Bunderman, it'll be his first chance to play for the Wolves football team in a year.

A broken collarbone at the start of the football season last year sidelined Bunderman for the whole fall semester. He suited up in pads with the rest of his team, watching and cheering as the Wolves advanced through the playoffs, defeating an undefeated Jackson Hole squad, and making their way to play under the lights at War Memorial Stadium in Laramie.

"I was there for my team, cheering them on" he said.

Initially it was tough on Bunderman, who said the first few weeks were the roughest, but rece...