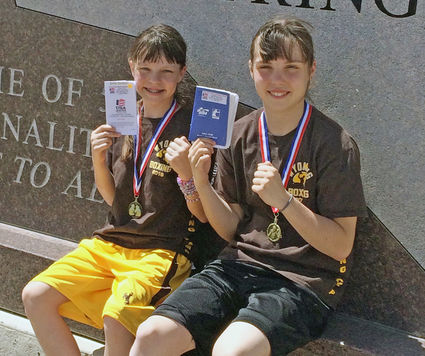 Sarah and Emily Garrison return from the Junior Olympics with medals.

More than 900 athletes from peewee division to the 18-year-old youth division stepped into the ring during the tournament.