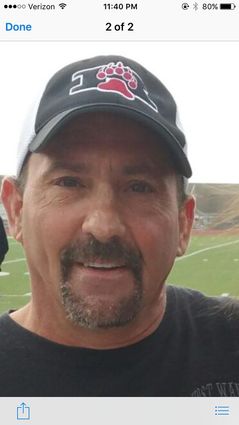 He was born on June 15, 1964 in Rock Springs, the son of Harry and Evelyn Stassinos.

Stassinos attended schools in Rock Springs, and was a 1983 graduate of the Rock Springs High School.

He married Mary Adams in Rock Springs on September 29, 2012.

Stassinos was a snubber operator for 11 years and was employed by Stassco and later Most Wanted Well Service. He was a plumber by trade and loved his job.

His interests were fishing, camping, boating, playing horseshoes, barbecuing, being a jokester and always spending time with his family, friends and the love of his life, his wife.

Following cremation, a celebration of life will be conducted at 2 p.m. Thursday at Sweetwater County Events Complex. A vigil service with rosary will be recited at 6 p.m. Wednesday at Saints Cyril and Methodius Catholic Church in Rock Springs.