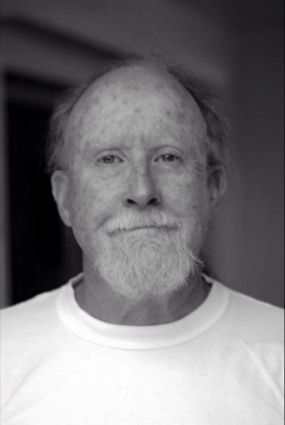 Roger "Rocky" Paul Akin I, passed away at his home March 20, 2016 following a battle with cancer.

Rocky attended school in San Diego and lived there until 1976 when he moved to Green River.

He met and married Diana Floyd in 1977 and they had one son, Roger Paul Akin II in 1978. Rocky loved being a dad and considered his son to be one of his greatest accomplishments. Rocky later married the love of his life Kathleen Wahlquist Akin on Sept. 1, 2006.  They remained completely in love and devoted to one another for the remainder of his life, Rocky loved Kathleen's children and grandchildren as much as his own.

Rocky was a man of many talents and achievements. He was a very skilled carpenter; he built many of the new homes in Rock Springs. Some of his carpentry work was showcased in the "Better Homes and Gardens" magazine.

He was very active in the local branch of Narcotics Anonymous, where he sponsored and counseled many numerous members, many of whom remained his closest friends, even in his final days.

Rocky received his bachelor's degree in psychology in 2006 from the University of Wyoming. He was very proud of his alumni status.

Rocky was a lover of art, photography, surfing and the ocean. He also loved his French bulldog Bruno and most of all, his family. Rocky was a kind, compassionate man who put a smile on the face of all who knew him. His favorite phrase was "be love." He lived this in his words and actions.

Following cremation, memorial services will be conducted at 11 a.m. Friday at the L.D.S. Stake Center Chapel at 2055 Edgar Street, Rock Springs. Bishop Dustin Conover will conduct the services. Friends may call at the church, one hour prior to services.

Condolences may be left at Vase Funeral Home's website.