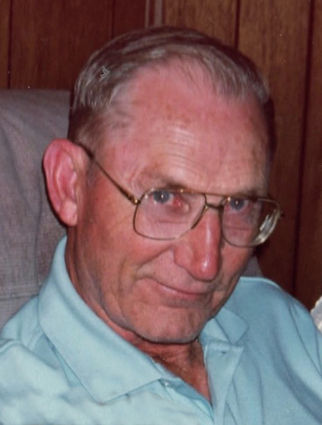 Gale H. Clark of Green River, 86, died peacefully in his sleep on April 6, 2016. He had been a resident of the Westward Heights Care Center in Lander for the past three years.

Gale was born at home on a farm east of Council Bluffs, Iowa, Aug. 3, 1927. Gale was the sixth of ten children born to Albert and Delphia Clark. He and his siblings attended a rural school there.

The family relocated to Loveland, Colo., in the mid-1930's and Gale enrolled in public schools there, graduating high school in 1945. Due to an injury to his leg during his freshman year in high school, he was declared ineligible to serve in the military.

After the war, Gale and his brother Keith worked at various ranches and farms throughout Colorado in order to pay tuition at Northern Colorado State Teacher's College, now the University of Northern Colorado, in Greeley, Colo.

While attending a summer school session, he met and fell in love with Martha Fay Stewart, who had travelled from Moberley, Mo., with a girlfriend to attend the session.

They settled in Greeley, Colo. while he finished his teaching degree.

After finishing his degree, they moved to Mountain View where he started his career.

The couple spent summers working at Dahlquist's restaurant across the street from Fort Bridger. Later summers saw the couple working in a fire lookout for the U.S. Forest Service near Bondurant, where they kept perishables in a snow bank and moose often walked through their clothesline.

The couple later settled in Green River with their two adopted children, David and Cecilia. He taught for many years at the old Washington School, mostly teaching fifth and sixth grades. Gale also coached elementary sports, drove school buses in the afternoon runs and acted as head teacher.

He later moved to the new Washington and then to Harrison as the district evolved. Gale especially enjoyed teaching math and science and was continuously devising new ways to engage students through participatory projects and hands-on demonstrations.

As a younger man, Gale was also active in the Jaycees, when the town's Christmas lights were a Jaycee project. He bowled in the Tuesday night league and enjoyed his weekly time with the guys.

Gale enjoyed time spent with family; going hunting, fishing and camping and backyard barbecues. Later in life, the golf bug bit and he became a devoted golfer, enjoying the game without letting it drive him crazy.

The most special part of Gale is hard to express in words: his natural kindness, compassion and gentleness made him a great teacher, husband and father. Gale never let setbacks get him down, and always had a fabulous upbeat attitude with a ready smile and laugh for everyone. This was still true even as his Alzheimer's became pronounced.

Gale is survived by his son David (Mary) of Lander,; his daughter Cecilia (Charles) of Morgan Hill, Calif.; and granddaughters Lydia and Lillian Clark.

He was preceded in death by his wife of 60 years, Martha; his parents, Albert and Delphia; brothers Alfred, Charles, Keith and Austin; and sisters Alice, Annie and Ethel.

We are coming together to celebrate Gale's life at 1 pm., Saturday, at Golden Hour Senior Center. Rev. Walt Seeley of St. John's Episcopal Church will officiate. Hudson's Funeral Home in Lander has charge of arrangements.