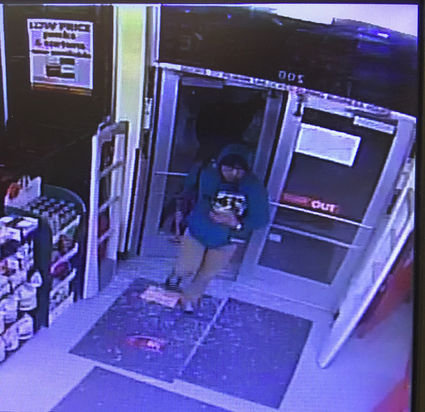 Two burglaries occurred within four days at the Family Dollar on Uinta Drive. The two reported burglaries are currently under investigation by the Green River Police Department.

Officers arrived on scene at about 10:50 p.m., after the store's alarm sounded Tuesday night. The glass door leading into the store was broken into.

Family Dollar's surveillance camera showed an image of a person wearing tan-colored pants and a blue-green turquoise hooded sweatshirt inside the store at the time of the first reported burglary.