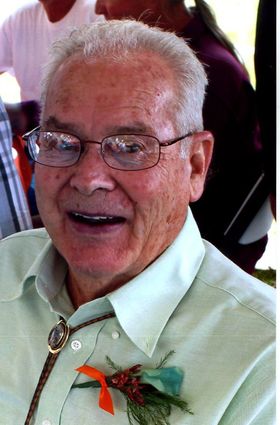 He was born on Sept. 10, 1930 in Carter, the son of  the late Walter Smith Tanner and Emily Louise Bluemel.

Tanner attended schools in Carter, until the third grade and then graduated from Lyman High School with the class of 1949.

Tanner worked for Pacific Power and Light as an electrician for 10 years until his retirement in 1988. He was active in the IBEW Local #322.

His interests included going to the senior citizens center daily, fishing, reading, crossword puzzles and spending time with his family.