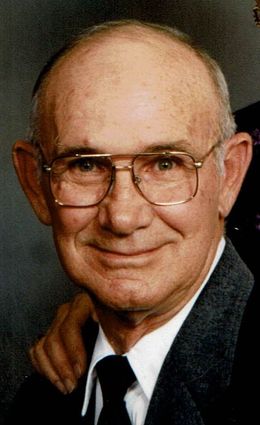 He was born April 24, 1936 on the Kraft family farm in Trego County. Kan., the third son of David and Emma Schneider Kraft. He was baptized and confirmed in the Lutheran faith. On Oct. 17, 1959, he wed Doris Delene Deines; they were married for 51 years.

Kraft grew up working on the farm, then worked in the oil fields of Kan. for several years. He later leased a filling station in Salina, Kan., began trucking and moved to Colorado. In the late 1970s, he and his wife moved to Green River, where he worked at the Allied Chemical mine until an accident caused his retirement.

They enjoyed their lovely home, traveling the country in their mini-home, and spent many happy hours with their grandchildren. Never idle for long, he started restoring old farm tractors and joined several tractor clubs.

After the death of his beloved wife in 2010, Everett lost all interest in living; four years ago, illness and dementia forced him to reside in a care home.

Everett was preceded in death by his wife Doris, their son Kenneth, and his parents David and Emma.

Cremation has taken place, and at his request there will be no services.