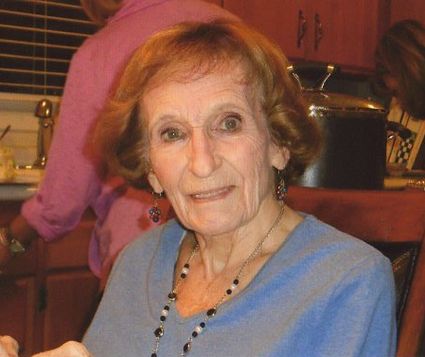 She was born on Feb. 27, 1932 in Mulberry, Kan., the daughter of the late Francis Gaston and Katie Greer Gaston.

Monroe attended schools in Mulberry and Hanna and was a 1949 graduate of Hanna High School. She also attended Western Wyoming Community College.

Monroe was employed as an administrative assistant for many years at the Sweetwater County School District No. 1 education building and Western Wyoming Community College.

She was a member of the First Congregational Church and a long time member of P.E.O

Her interests included reading, gardening, playing bridge, writing and cooking.  She was an artist, loved the mountains and the desert. She enjoyed genealogy.

She was preceded in death by her parents Francis and Katie Gaston; son Jimmy Monroe; two sisters, Fern and Betty; and three brothers Leon, Joe and Willard.

The family of Wanda Darlene Monroe respectfully suggest that donations in her memory be made to Hospice of Sweetwater County, 333 Broadway Street, Suite 220, Rock Springs or Rock Springs Library, 400 "C" Street, Rock Springs.