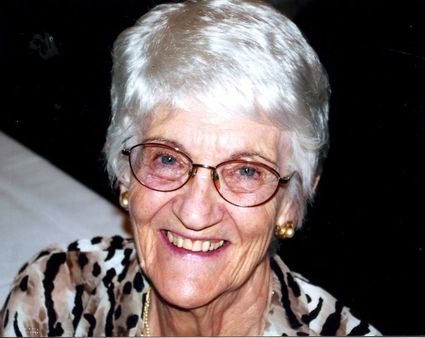 A longtime resident of Rock Springs, Hatt passed away following a lengthy illness.

She was born on Oct. 12, 1926 in Quealy, the daughter of the late Edward and Juana Barayazarra Aguirre.

Upon graduation, Hatt was employed by the North Side State Bank as a bookkeeper until her marriage.

She spent the next 21 years working for the Pontiac-Buick-GMC dealership in Rock Springs.

After that, she returned to the North Side State Bank until her retirement in 1989.

She was a member of Woman's Club of Rock Springs; Young At Heart Senior Citizens and the Basque Club.

Her interests were gardening, reading, crocheting, knitting ceramics and being involved with community service projects.

Survivors include one daughter. Linda Ribovich of Rock Springs; one granddaughter, Jennifer Slatcher and husband Shawn of Phoenix, Ariz .; and several nieces and nephews.