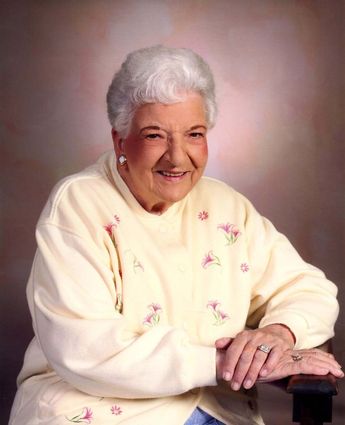 She was born on July 28, 1920 in Rock Springs, the daughter of  the late George Arthur Soulsby and Martha Ann McQuillan.

Peternel attended schools in Rock Springs and graduated from Rock Springs High School with the class of 1938.

Peternel worked as a stenographer and bank clerk for the Rock Springs National Bank for 41 years until her retirement in 1990.

She was a member of the Holy Spirit Catholic Community, Young at Heart Senior Citizens Center, Saint Monica's Sodality and Christian Woman's Club.

Her interests included homemaking, gardening, and spending time with friends and family. On Saturday nights she listened to Lawrence Welk Show reruns.

She was preceded in death by her parents, her husband Frank, one daughter, Barbara Ann Peternel, one brother, Arthur Soulsby and two sisters, Arlene Soulsby McCormick and Dorothy Soulsby Muir.

Following cremation, a mass of Christian burial will be 10 a.m. Friday at Saints Cyril & Methodius Catholic Church in Rock Springs.

A vigil service with rosary will be recited at 6 p.m. on Thursday at Vase Funeral Chapel, in Rock Springs.  Graveside services and inurnment will be in the St. Joseph's Section of the Rock Springs Municipal Cemetery.  Friends may call at Vase Chapel Thursday, one hour prior to the rosary and on Friday at the church one hour prior to services.