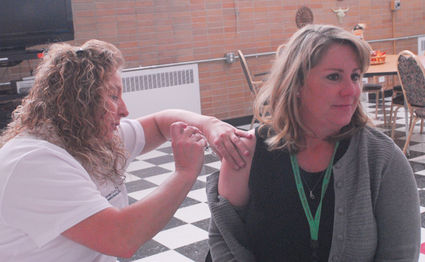 Flu shots are available at the Golden Hour Senior Center

Yes. It's that time of the year again.

While most of us tend to cringe at the sound of getting a shot, some think of it as a shot now, no flu later sort of a deal.

According to the Center for Disease Control website, www.cdc.gov/flu, the "CDC recommends an annual flu vaccine for everyone six months of age and older. Flu activity is low across the United States now, but usually begins to increase in October and most commonly peaks between January and March."