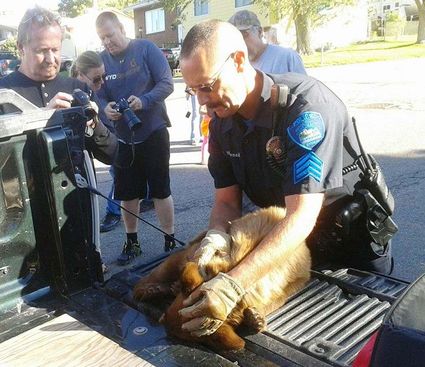 It's normal to see deer wandering down the streets, but residents had to do a double take when they saw a bear heading down Uinta Drive Monday afternoon.

Green River Police Department Patrol Sgt. Mark McDonald said a lot of times they get dispatch calls and they turn out to be nothing.

When he received a call from dispatch saying there was a bear in the ditch along Uinta Drive, he thought someone had found the remains of a bear.

Dispatch then radioed back and told him the bear was now moving down Uinta Drive.