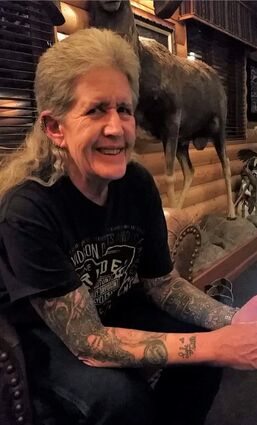 Jenifer Lee Weeks, 65, passed away Sunday, October 16, 2022 at University of Utah Medical Center in Salt Lake City, Utah. She was a resident of Rock Springs, Wyoming for the past seven years and former resident of Riverton, Wyoming.

She was born October 28, 1956 in Hutchinson, Kansas; the daughter of Roger Dean Meredith and T. Joan Wolfe.

Jenifer attended schools in Riverton, Wyoming and was a 1975 graduate of Riverton High School. She attended Central Wyoming College for a short time and truck driving school as well.

She married William Doles March 25, 1975 in Riverton, Wyoming. They had one daughter from this union and later divorced.

Jenifer worked for S & L Industrial for one year as Traffic Control. She previously worked as a Care Taker; Emergency Medical Technician in Riverton, Wyoming in the 80's; she owned her own logging business in South Pass, Wyoming and Red Lodge, Montana for over 10 years.

She enjoyed spending time with family; loved helping people and animals; playing pool and traveling to see her daughter. Jenifer was a collector of many things but her rocks and petrified wood were among her favorites.

She is preceded in death by her parents Roger and Joan Meredith.

Cremation will take place; a Celebration of Life will be conducted at 1:00 P.M. Friday, November 4, 2022 at Gunyan Hall, 543 Broadway Street, Rock Springs, Wyoming.