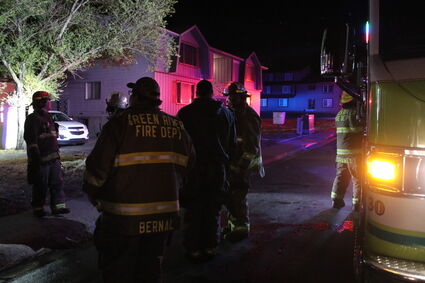 GRFD responded to an early-morning fire in an apartment.

At approximately 5:06 a.m. Monday morning, Green River Fire Department was dispatched to a report of a structure fire in a four-plex type apartment building in Green River. 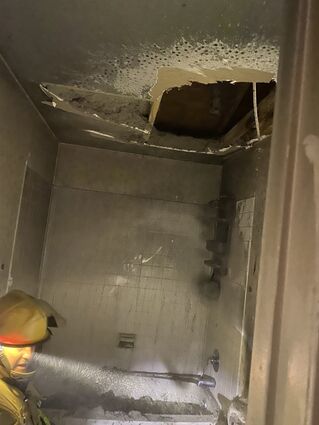 The fire started in the bathroom.

Shortly after the call, Co-Chief Bill Robinson arrived on scene and found the upstairs apartment to be covered in smoke and a small fire. GRFD worked with Green River Police Department, and all occupants of the structure were evacuated safely. Upon the first engine arriving on scene, firefighters led by Captain Austin Rider made entry and found the fire to be in the bathroom. Firefighters were able to extinguish the fire with minimal damage to the apartments. Units responding included two engines, one tower, and 18 firefighters.

Robinson stated that all departments worked great together, followed protocol, and did what needed to be done for the situation making this a great save. During the investigation, it was found that the fire started from a malfunctioning vent fan located in the upstairs apartment bathroom.

On scene one person was treated and released by Castle Rock Ambulance. With some repairs, all occupants will be able to return to their homes, including occupants of the apartment where the fire occurred. GRFD would like to thank all of their first responders and families, Green River Police Department, Castle Rock Ambulance, and Sweetwater Combined Communications Center. No further comments were made at this time.