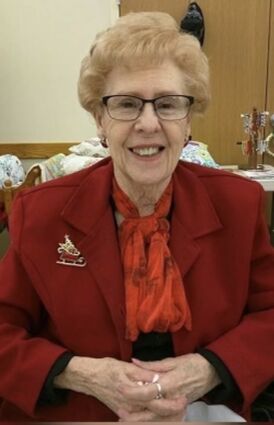 Doris was born in Olmsted Illinois to James and Bessie Wright Odle. Lou was the youngest of 10 children and grew up a member of the Methodist church.

In 1951, she married William Denton Sr. of Rock Springs in St. Louis, Missouri. Two years later the family moved to Wyoming. He passed in 1970.

She was the book keeper for the family business, Rocky Mountain Casing then later waitressed at both the New Grand and Glow Room Café, managed the Candy and Cookie Connection in the White Mountain mall and was employed by Herberger's, but the work that was the most meaningful to her was the years she'd spent volunteering at the Young at Heart Senior Center in Rock Springs.

In 2012, she relocated to Ogden, Utah, to spend time with her daughter.

Then in 2018, she moved to Grand Junction, Colorado, to spend time with her son, his wife, and their family.

Cremation has taken place; a private family service will be conducted.