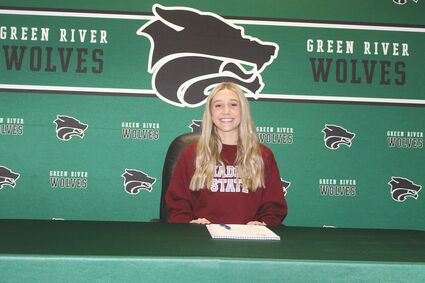 "I loved the team when I went there ... I just really like the environment," she said about what attracted her to the team.

Counts played as a power forward for the Lady Wolves, saying she would like to play as a guard, but isn't sure if she will switch when she plays for Chadron State. Regardless, Counts said she loves the game, having played basketball since she was eight years old.

"Ultimately, I love playing," she said.