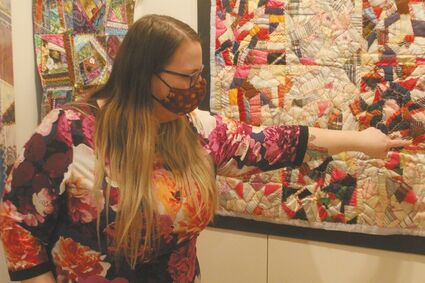 A collection of colorful quilts can be seen at the Sweetwater County Historical Museum through a temporary exhibit on display until the end of April.

Showcasing a style called crazy quilting, the exhibit is a partnership between the museum and the Sweetwater County Quilt Guild.

According to the museum's curator Amanda Benson, the quilts took their inspiration from the 1876 World's Fair in Philadelphia. The fair's Japanese Pavilion had a number of modern art pieces on display in a multitude of colors. This display influenced quilt makers visiting the fair, who decided to replicate the artwor...