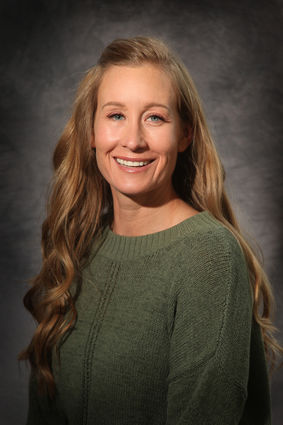 A woman with a strong background in coding and clinical documentation is Memorial Hospital of Sweetwater County's new Health Information Management Director.

Carrie Canestorp started work earlier this month, overseeing Sweetwater Memorial's HIM Department. She moved to Green River from Kemmerer, where she has worked as a remote coding manager for Aviacode since 2013 and as an advanced Emergency Medical Technician for South Lincoln Emergency Medical Services since 2017.

"I had worked remotely for a nationwide healthcare organization for several years and really wanted to work in and feel part of my community," she said. "I grew up in Green River and am happy to be back in the area after more than 20 years."

At Sweetwater Memorial, she joins a leadership team of more than 35 professionals. Former Director Brittany Griffin, who has been with MHSC for seven years, continues to work in HIM. She chose to step down from the leadership role in order to devote more time to her family.

Canestorp now oversees the 14 employees and operations in the Health Information Management Department. She leads a team of technicians, coders, clinical documentation improvement specialists, and transcriptionists.

"The HIM team is integral in making certain there is continuity of care for the patient, accuracy of the medical record, and accuracy of data submitted for reimbursement purposes," she said. "Of utmost importance is keeping all health information private and confidential.

"During the COVID-19 pandemic, we've seen an increase with medical records requests," Canestorp said. "Sweetwater Memorial does an excellent job of making sure all of those requests are met with confidentiality and are secure."

"It will make everything we do even more efficient," she said. "With Cerner, the majority of the medical information will automatically be integrated into the system. The new system also will offer more transparency for patients, which allows them to be a more integral part of their healthcare team."

Early in her career, Canestorp worked for Castle Rock Rehabilitation Center in Green River as a certified nursing assistant and at South Lincoln Medical as a CNA and Central Sterile technician. She later worked for Redwood Coast Medical Services, Point Arena, Calif., as a medical receptionist, and then in coding and billing departments for University of California, San Francisco Medical Center.