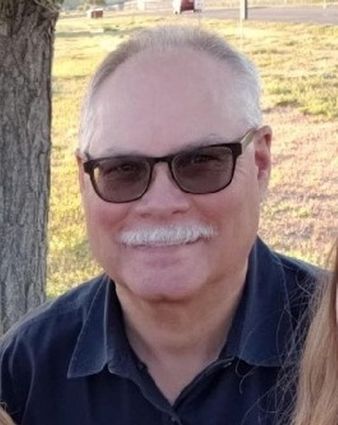 Eric Conrad Branson, 64, passed away in Green River, Wyoming August 28, 2020. Eric was born to William R. and Marianne Branson in Rolla, Missouri. He grew up working side-by-side with his Dad on the family's homestead.

Eric began his engineering education at the University of Missouri Rolla, completing his degree in Electrical Engineering at the University of Houston. His family was immensely proud of him as their first-generation college graduate. Eric had a brilliant mind, pursuing his career with passion and excellence, while working for Mobil Oil, Solvay, Williams, and finally as an Independent Contractor with Branson Automation.

Eric married Kim Falkenhagen in Houston, TX in 1992. They moved to Green River in 1996, welcoming their son Mark in 1998. The family enjoyed many happy times of camping, shooting, and off-roading in the great outdoors. He had knowledge of just about everything, having conversations with friends covering a myriad of subjects. He especially enjoyed talking with Mark about topics ranging from theoretical physics to politics. Eric had a kind and giving heart, always willing to help others. He had a knack for rescuing stranded friends as well as strangers while off-roading in the Wyoming wilderness.

Eric is preceded in death by his parents William and Marianne Branson and his infant brother Ralph David Branson. He is survived by his wife Kim and son Mark of Green River, his sister Karen (Tom) Davis, nephews Lee Davis (Sarah McGehearty), and Lucas Davis, brother-in-law Bill (Kathy) Falkenhagen of Austin, TX, nephew Kyle (Graceann) Falkenhagen of Austin and their children Eloise and Miller, nephew Kurt Falkenhagen of Los Angeles, and sister-in-law Jinx Clark of Casper, along with many friends, especially Courtney, Daniel, and Savannah McCauley. He will be greatly missed.

A service will be held in the future. In lieu of flowers memorials may be made to the planned Green River Dog Park by sending donations to Kim Branson.