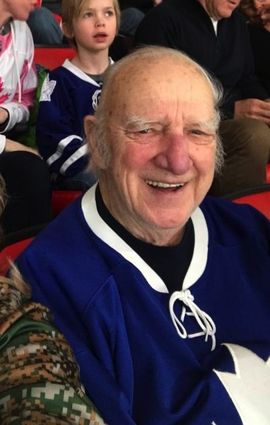 Robert Joseph Richards (RJ); 87, Warren resident, passed away Sunday morning, June 14, 2020, at Fraser Villa Nursing home in Fraser. Robert was born on February 11, 1933 in Detroit, Michigan, a son of late Herbert and Heloise Richards. He graduated from Cooley High School. He also attended the University of Detroit where he received his degree in Engineering. After college, Robert proudly served in the United States Coast Guard. He was a devoted husband for 63 years to his wife, Marilyn, who preceded his death on April 14, 2020. Surviving are his children: Danny (Lisa), Lary, Lori, and Dayn...