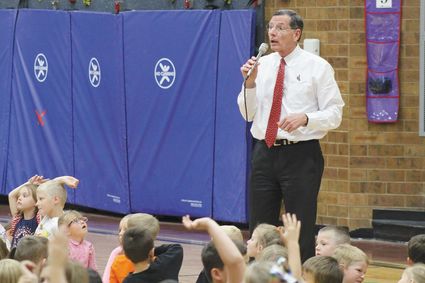 Only two Wyoming schools were included in the national Blue Ribbon Awards list and Truman Elementary School was one of them.

According to the nationalblueribbonschools.ed.gov, "An important part of the U.S. Department of Education, the National Blue Ribbon Schools Program recognizes outstanding public and non-public schools. In identifying several hundred outstanding schools annually, the program celebrates school excellence, turn around storie...