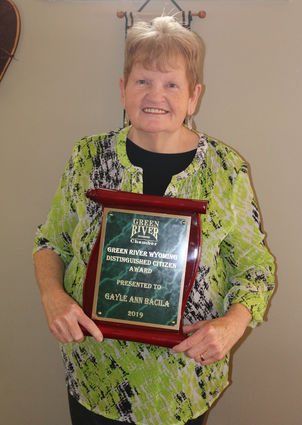 A Green River woman who has volunteered a half-century of her time towards helping the community was named Green River's 2019 Distinguished Citizen of the Year.

Bacila, who thought she was at the luncheon to learn more about the chamber's flag committee she volunteered for, was surprised when her named was called for such a prestigious award.

"I was floored," Bacila said. "I thought I was just going to a Lunch and Learn. They surprised me with that."

Bacila soon discovered she had been nominated by...