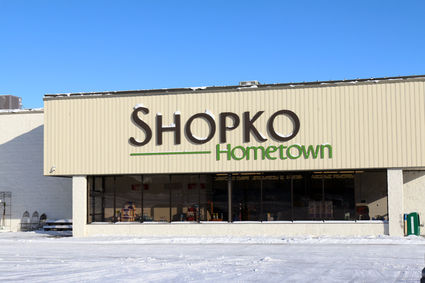 Green River's Shopko Hometown store will close May 12, according to a closure schedule released by the retail corporation.

The schedule lists the Green River location as one of six Wyoming Shopko Hometown stores closing in the state. Other stores set to close are in Mountain View, Greybull, Thermopolis, Lander and Worland. Overall, Shopko operates 13 Hometown stores in Wyoming.

According to information on Shopko's website, the company filed for Chapter 11 bankruptcy protection Jan. 16, to reorganize its businesses. Initially, Green River's store was not planned to close, but was later included on its list when the company expanded the scope of its store closures.

"This decision is a difficult, but necessary one," Russ Steinhorst, Chief Executive Officer of Shopko said in a press release issued Jan. 16. "In a challenging retail environment, we have had to make some very tough choices, but we are confident that by operating a smaller and more focused store footprint, we will be able to build a stronger Shopko that will better serve our customers, vendors, employees and other stakeholders through this process."

According to the release, Shopko hopes to optimize its store footprint and grow its optical business by opening more freestanding optical centers throughout 2019.

For residents of Sweetwater County, the closure comes as the most recent of a number of high-profile store closures occurring in the past few years. In a list including the likes of K-Mart, J. C. Penney and Herbergers, corporate closures have been a common occurrence in Rock Springs.

"It's not that the businesses are not being supported," McDonald said.

The SEDC is a partnership between Sweetwater County and Rock Springs and Green River, focusing on economic development countywide. McDonald said many of the chains that have left Sweetwater County failed because they did not account for pressures online retailers placed on their business models nationwide. Those retail chains have either closed their smaller physical locations to focus on locations in larger cities or shutdown through complete retail liquidation.

McDonald said discussion about the Shopko building between herself, Green River City Administrator Reed Clevenger and Director of Community Development Laura Leigh started shortly after the closure was publicized last week. McDonald said the SEDC has access to software that can suggest possible businesses that could fit in the area, using data from similar-sized cities to Green River and other data analysis. McDonald said the software focuses on restaurant and retail business recruitment. She also said a retail gap study the SEDC completed in 2017 has revealed potential opportunities for retail expansion in Sweetwater County and the county has seen increased interest from businesses in the last year. However, economic development takes time and won't happen overnight.

"It's a process. You can't rush economic development," she said.