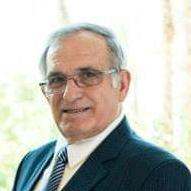 He was a lifelong resident of Rock Springs.

He attended schools in Rock Springs and was a 1964 graduate of the Rock Springs High School. Kaumo also attended the University of Wyoming for four years where he obtained a bachelor's degree in business.

He worked as a financial advisor for Waddell and Reed for many years.

Kaumo was a member of Knights of Columbus, American Legion Archie Hay Post No. 24, VFW, Rotary Club and Fraternal Order of Eagles Aerie 151.

Kaumo was preceded in death by his parents and wife Mary Joe Kaumo. A Mass of Christian burial took place Tuesday.