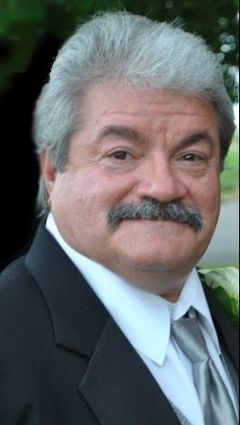 As a child, Tim attended schools in Green River.

He graduated in 1972 from Green River High School and was soon employed at Stauffer Chemicals. Over the course of the next 43 years, he was committed to mine rescue.

He held the position of trainer and team captain, engaged in competitions and rescued in actual mine disasters.

He served on the Wyoming State Mining Council.

In 2008, Tim was inducted into the Mine Rescue Hall of Fame.

On Nov. 17, 2000, Tim married Jill Renay Brown at their home in Green River. Tim unconditionally loved his wife, Wyoming and the Flaming Gorge.

It was common for Tim and his family and friends to spend weeks camping, playing washers and listening to (or singing) soft rock and roll.

Those that knew Tim will remember him and his easy going smile on the shores of the Gorge.

Tim was a member and past worthy president of the Fraternal order of Eagles Aerie No. 2350.

He served on the board of the Sweetwater County Food Bank.

Tim was a member of The Church of Jesus Christ of Latter-day Saints.

Survivors include his mother, Edna Musbach of Mesquite, Nev.; wife of 18 years, Jill Musbach of Green River; three sons and one daughter, TJ Musbach and wife Tracy and Tyler Musbach and wife Ashley, all of Saratoga Springs, Utah, Terrin Musbach and partner Lucas Kraft of Crescent City, Calif., and Dalton Musbach of Rock Springs; five grandchildren, Hayes, Devree, Kaisen, Presley and Nixen; one brother, Gary, of Gillette; and one sister, Carla, of Omaha, Neb.; as well as several nieces, nephews, cousins, and friends.

He was preceded in death by his father and one brother, Michael.

Following cremation, a memorial service will take place at 2 p.m., Saturday at The Church of Jesus Christ of Latter day-Saints at 120 Shoshone Ave., in Green River. Friends may call at the Stake Center one hour prior to services.

A graveside dedication at the Riverview Cemetery will immediately follow

Afterwards, friends and family are invited to attend a funeral dinner at the Fraternal Order of Eagles at 88 N. 2nd E. St.

In lieu of flowers, the family is accepting donations at Trona Valley Federal Credit Union for the benefit of Timothy Musbach.