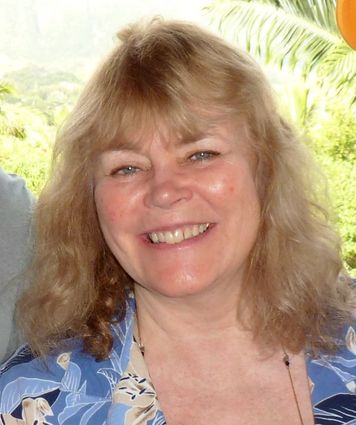 Karen Lee Marty, 62, passed away Feb. 24, 2016 at her home. A longtime resident of Green River, she passed away following a battle with cancer.

She was born on Oct. 1, 1953 in Pasadena, Calif., the daughter of the late Richard Horton and Nellie Marty. Lawrence Marty would become her adoptive father in 1965 when Nellie remarried. She graduated from high school in Green River as valedictorian and went on to college at the University of Wyoming. She graduated cum laude in 1976 with a bachelor of arts degree in psychology and went on to law school, graduating in 1979. She was admitted to the Wyoming State Bar that same year. During her college days, she was a member of Phi Beta Kappa, Psi Chi National Honor Society, Mortar Board, was President of the Chi Omega Sorority her senior year and was also the photographer for the yearbook.

After law school, she joined Lawrence at his law office of Marty and Ragsdale, eventually taking over the practice as a solo attorney. She started out practicing in many areas of law but would focus on trusts, probate and real estate law. She was a member of the Sweetwater County Bar Association, Wyoming Bar Association and the American Bar Association. On July 1, 1999, Karen was elected to be part-time United States Magistrate for the District of Wyoming and never officially retired.

Karen liked to call herself the "little old lady from Pasadena," but always considered Green River her home. She had many passions which included music and playing the piano all her life, traveling - especially to Disneyland with her daughter, gardening and playing volleyball on a recreational league. She loved to spend time outdoors, enjoying many activities like going for walks, fishing and camping. All of her animals, especially her dogs, held very special places in her heart. She was an avid member of the YWCA and Green River Community Chest and loved what she was able to accomplish in these organizations.

She was preceded in death by her parents and Chelsie's father, Frank Tominc.

Funeral services will be conducted at non Wednesday at the Emmanuel Evangelical Lutheran Church, located at 901 Trona Drive in Green River. Interment will be in the Riverview Cemetery. Friends may call Tuesday, from 5-7 p.m. at the Vase Flaming Gorge Chapel at 263 East Flaming Gorge Way in Green River and Wednesday morning at the church, one hour prior to services.