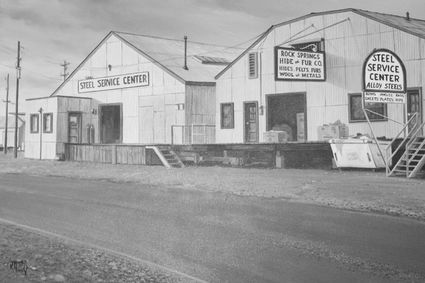 Over the course of a century, many things tend to come and go.

Ideas, technology, goods and even services crop up, but get buried in the wake progress creates. This happens with businesses too. However, there are those that survive the test of time and continue on almost like they have when they were first founded.

Rock Springs Hide & Fur is one such business. One of the oldest family-owned businesses in Rock Springs, it joins other long-lived businesses including RSNB, Superior Lumber Co., Zueck Transportation and Bunning Transfer Co.

Originally founded in 1913, the business has continued by focusing on metal sales and recycling. The business was founded by Morris Weiss, a mushroom salesman from Poland who packed his bags and left Europe for a better life in America. After arriving at Castle Gardens Port in New York, Weiss took a train to Salt Lake City, where he stayed with his brother for a few weeks, until leaving Utah for Rock Springs. Shortly after, Weiss started buying animal skins from local ranchers, farmers and hunters and established Rock Springs Hide & Fur.

Shortly after establishing the business, Weiss expanded his business into metal sales. After Morris' death in 1942, the business was taken over by his son, Harry.

Currently, Harry's son Morris now runs the company with the help of his wife Bernie and son, Michael. The company buys non ferrous metals such as copper, brass and aluminum and sells new metal.

"We like what we do," current owner Morris Weiss, said.