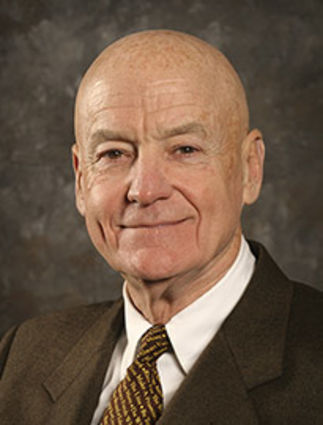 Courtesy of the University of Wyoming

University of Wyoming President Richard McGinity said the university is working to help the energy industry in Sweetwater County, as well as the rest of the state.

According to the college president, energy and the money generated from the industry are an important part of the revenue stream the university and state rely on. One of the initiatives the university is undertaking is part of the Wyoming Governor's Energy, Engineering, STEM Integration Task Force's vision in improving UW's research and service. According to a public letter on the university's website by Khaled A. M. Gasem, from the College of Engineering and Applied Science, the first phase of the engineering initiative was funded March 5, with the Wyoming Legislature funding $8 million with an additional $18.4 million for facilities development.

The initiative aims to enhance undergraduate education to produce graduates that are in-demand by employers while expanding research and graduate-level education. McGinity said the work occurring at the university is at a high level, with many faculty members conducting world-class work.

"It's humbling to help these faculty members doing this world-class work," he said.

The initiative also seeks productive economic development through partnerships with industry and governmental entities as well as helping enhance education in science, technology, engineering and mathematics. Many local industries have expressed a need for graduates with better understanding of those four subjects, with a few donating funds for STEM education.

McGinity said another goal for the university is updating its physical labs, which he said haven't seen a major update since the 1970s.

"(The faculty) continue to make them work," McGinity said. "It's time to upgrade them to prepare the students for the technological work they'll do in their future careers."

Outside energy and engineering research, McGinity said UW also plans to increase its four-year degree options to its outreach sites and its online programs.

While one of the larger contributors to UW student population are the state's community college, McGinity said they realize everyone can't move to Laramie to continue their education.

"We have to get the four-year degree programs to where they're needed," he said.